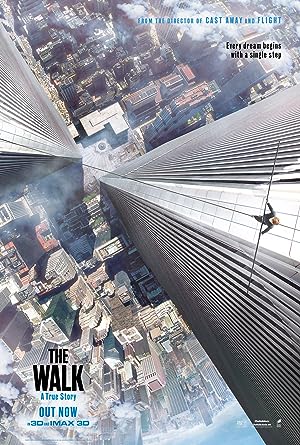 Twelve people have walked on the moon, but only one man – Philippe Petit (Joseph Gordon-Levitt) – has ever, or will ever, walk in the immense void between the World Trade Center towers. The Walk is a true big-screen cinema, a chance for moviegoers to viscerally experience the feeling of reaching the clouds.

The film, PG-rated, all-audience entertainment for moviegoers 8 to 80, unlike anything audiences, have seen before, is a love letter to Paris and New York City in the 1970s, but most of all, to the Towers of the World Trade Center.